SOUR DIESEL (110mg/g D8): Sour Diesel, also known as “Sour D” and “Sour Deez,” is a popular sativa cannabis strain made by crossing Chemdawg and Super Skunk. Sour Diesel effects are dreamy, cerebral, fast-acting and energizing. This strain features a pungent flavor profile that smells a bit like diesel. Medical cannabis patients choose Sour Diesel to help relieve symptoms associated with depression, pain, and stress. Growers say this strain grows best in a dry, outdoor climate and has a flowering time of 77 days. Fun fact: Sour Diesel first became popular in the early 1990s and has been legendary ever since

BISCOTTI (114mg/g D8): Biscotti is a potent indica-dominant hybrid cannabis strain made by crossing Gelato 25 with Sour Florida OG. This strain produces a cerebral high that leave consumers feeling relaxed, creative, and buzzy from head-to-toe. The effects of Biscotti are known to creep up on consumers, so it’s best to take it slow with this strain. In terms of flavor, Biscotti tastes like sweet cookies with undertones of diesel. With a THC level of 10%, medical cannabis patients turn to this strain to relieve symptoms associated with stress, anxiety, and depression. According to growers, Biscotti flowers into small, dense buds marked by dark green and purple foliage with bright orange pistils. The striking trichome coverage of this strain gives it top shelf appeal. Biscotti was originally bred by Cookies Farms. If you’ve smoked, dabbed, or consumed this strain before, you know what’s it about. 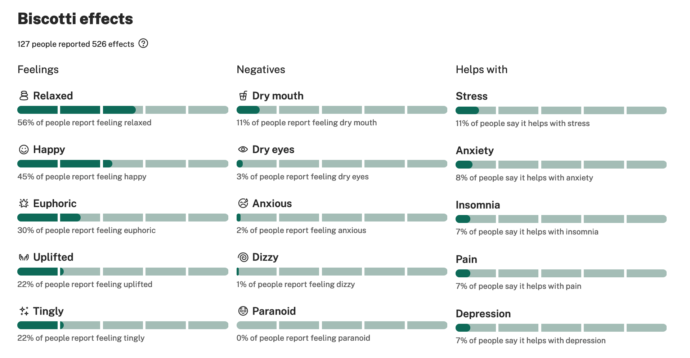 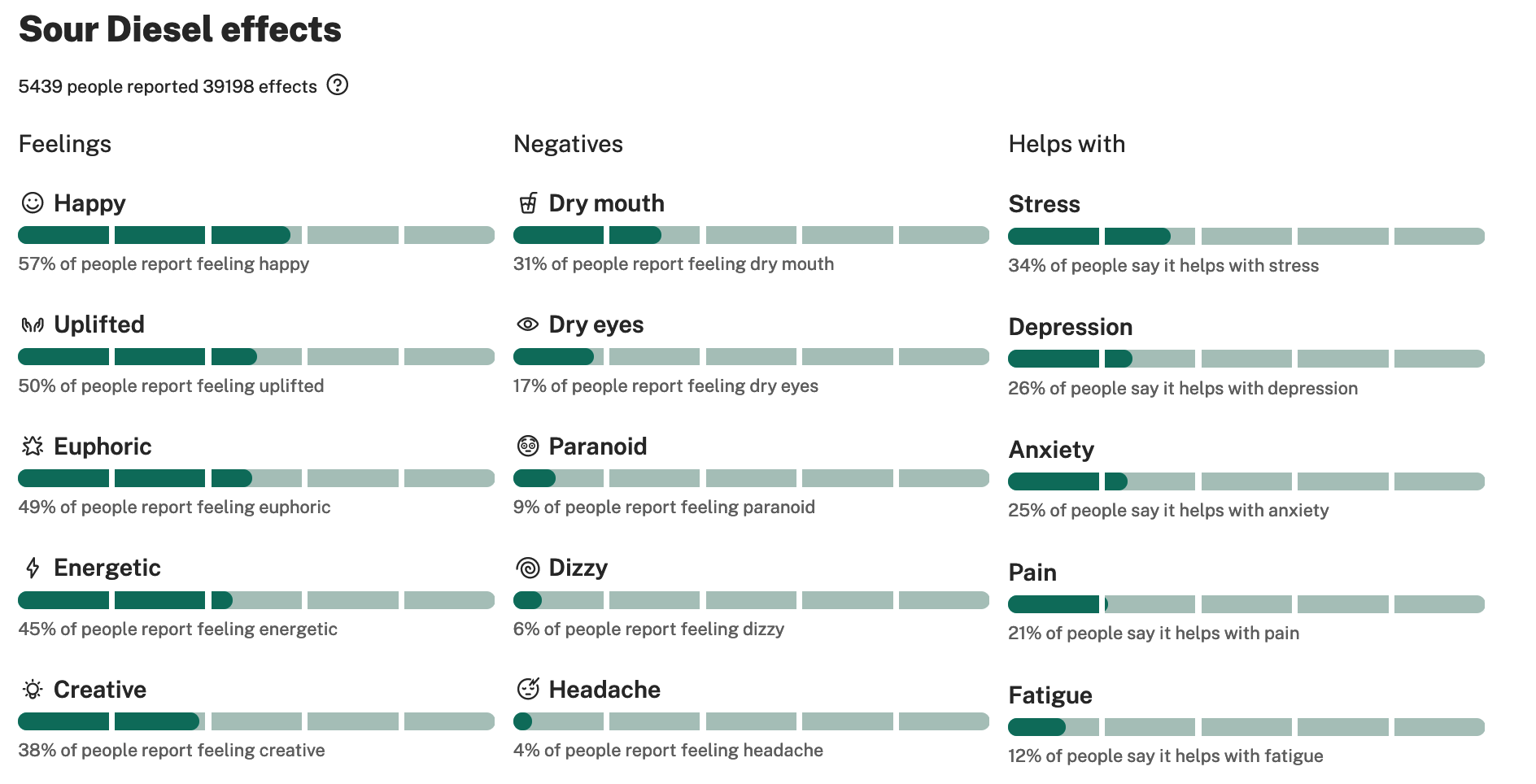