Kava (Piper methysticum) 70% Kavalactonesis a member of the pepper family and has been cultivated by South Pacific islanders for centuries and used as a social and ceremonial drink. Kava is used primarily at social gatherings to heighten mood and amiability and also to relax without disrupting mental clarity. A Cochrane Collaboration systematic review of its evidence concluded that it was effective at treating short-term social anxiety. It has great religious significance being used to connect with the ancestors and the gods to obtain inspiration or esoteric knowledge. And while some Christian sects in the Western Pacific have demonized the drink as a vice others have encouraged it as a replacement to alcohol.The active constituents of Kava Kava are a group of compounds known as kavalactones.

KAVA EXTRACT supports a sense of emotional well being and relaxation in times of stress without creating sleepiness. Kava-lactones, the active ingredient,  relaxes the mind as well as the muscles.

This is one of the highest quality Kava extracts available.  Contains a concentration of Kavalactones (70%), the active compound of Kava.  Much less of this extract has to be consumed for the same effect as it is approximately 10 times as potent as plain kava root powder!  This extract can be prepared using normal Kava Tea recipes or can be mixed with water, juice or your favorite beverage (no alcohol). 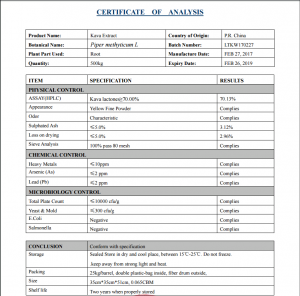