Spotlight On The FDA – Why Kratom Is Still A Target 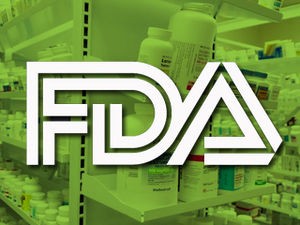 Last week, Hon. Aumua Amata Coleman Radewagen of American Samoa presented a Washington Times article in the House of Representatives. This article, “An Excuse For Crushing Kratom: The FDA’s Undue Scrutiny Is Unscientific,” highlights the inappropriate and unnecessary targeting of kratom by the FDA.

One of the many arguments in support of kratom is the effectiveness of this leaf in addressing certain conditions, with less severe withdrawal symptoms than found in many prescription drugs promoted by the FDA.

With so many FDA approved drugs being abused to a significantly greater degree, it would seem that certain federal agencies have little logic in how they pick and choose what drugs they consider “dangerous”.

Fortunately, increasing research on kratom and its use as a safer alternative has politicians slowly waking up to the reality of this plant.

Last year, Americans spent an estimated $374 billion on prescription drugs, up 13 percent from the year before. These drugs include OxyContin, Vicodin, Percocet and others that the federal Food and Drug Administration (FDA) approved for sale without regard to their potential for abuse.

Meanwhile, the “potential for abuse” was used for many years to block even a discussion of the possible medical benefits of cannabis. And now federal officials are using it again to attack another potential natural remedy, kratom. Kratom (Mitragyna speciosa), which derives from a tree that grows in Thailand, Malaysia, Indonesia and Papua New Guinea, has been found to reduce pain, lessen dependence on opiates (like OxyContin), and work as a mild stimulant. The U.S. Drug Enforcement Administration considers kratom a “drug of concern.” The Food and Drug Administration (FDA) calls it “dangerous.”

Last year, U.S. marshals, at the request of the FDA, seized more than 25,000 pounds of raw kratom in Van Nuys, Calif. The action, explained Melinda Plaisier, FDA associate commissioner for regulatory affairs, “was taken to safeguard the public from this dangerous product.” Ms. Plaisier called kratom “a botanical substance that poses a risk to public health and has the potential for abuse.”Kratom’s potential for benefit was of no apparent concern.

Edward Boyer, professor of emergency medicine and director of medical toxicology at the University of Massachusetts Medical School, told Scientific American in 2013 that kratom blunts a patient’s withdrawal from opioids “awfully, awfully well.”

Oregon resident Paul Kemp occasionally uses kratom, he says, to ease back pain, help him relax and gain energy. Last year Mr. Kemp told reporters it was “ludicrous” for the FDA to stop the importation of kratom on the grounds that it “may be” dangerous, when FDA-approved products such as OxyContin are known to be dangerous. Likewise, FDA-approved Xanax and Valium are often abused, along with the “psychostimulant” Adderall, used to treat attention deficit hyperactivity disorder. What bothers the FDA, Mr. Kemp writes, is that kratom is being used very effectively as “a way for America’s prescription drug addicts to break free without experiencing the usually traumatic withdrawal symptoms that stop most victims of OxyContin and other opioids from getting clean.” Edward Boyer, the toxicology professor, acknowledges that  kratom can be abused, but “speaking as a scientist, a physician and a practicing clinician, I think the fears of adverse events don’t mean you stop the scientific discovery process totally,” he told Scientific American.

If big pharma isn’t behind something, the attitude seems to be in Washington, legislators and regulators don’t even want to talk about it. But talk and listen they should. Scientific research should continue. Federal and state officials need to be open-minded, see where the scientific research leads, and consider all the evidence–including the testimony of people like Paul Kemp who swear that kratom has helped them.

Banning kratom or banning its ingredients, as Indiana has done, is the wrong message at the wrong time. A better option at this stage would be to let the voters decide, as California did in 1996 with medicinal marijuana. Let voters decide if Kratom should be banned–without proof–as a dangerous menace, or whether individuals suffering from withdrawal pain and other maladies should be free to make their own informed choices.