Over the years, Kratom has fought to find its voice. Due to its obscurity, it has been a scapegoat and target for certain politicians looking to play off of it’s unfamiliarity; often ignoring how kratom has actually helped countless people in countries throughout the world. Fortunately, the fight on several fronts throughout the US has been successful.

A Kratom vendor recently released a blog post highlighting 6 reasons why kratom has been winning its fights with the media and legislators left and right this year. While its likely that there are still many more fights to go before the general public is aware of the benefits of kratom, it’s important to take a pause and recognize that there have been great successes in 2015! Find out all 6 reasons below:

In July, Hon. Aumua Amata Coleman Radewagen of American Samoa presented a Washington Times article in the House of Representatives. This article, “An Excuse For Crushing Kratom: The FDA’s Undue Scrutiny Is Unscientific,” highlights Kratom (Mitragyna speciosa), which derives from a tree that grows in Thailand, Malaysia, Indonesia, and Papua New Guinea. 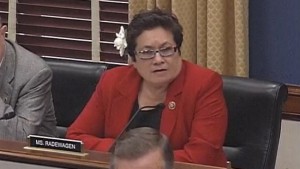 Radewagen intended to bring a better understanding of kratom to the floor to echo the belief of many others throughout the country. Research and understanding should be the default stance before any rash decisions are made.

Washington Times writer Lloyd Billingsley is just one of many who believes scientific research should continue. He adds that it is vital that federal and state officials remain open-minded, see where the scientific research leads, and consider all the evidence. With so many FDA approved drugs currently abused to a significantly greater degree, it would seem that certain federal agencies have little logic in how they pick and choose what drugs they consider “dangerous”.

Fortunately, increasing research on kratom has slowly helped in educating politicians as they better understanding the value of this plant. 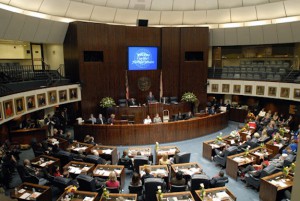 2) Kratom Dropped From List of Potential Drugs & Chemicals of Concern

A familiar battleground for kratom is the state of Florida. In yet another victory this year, Kratom fought through legislature and remained legal to buy in Florida. From this ruling, state lawmakers decided during their hearing that they are interested in learning more about kratom.

To better understand it, they have approved an amendment that will appoint the Attorney General’s office as the lead agency on studying its effects. In Florida, this is the second year in a row a bill to ban kratom was unable to pass.

After federal officials dropped kratom from a list of potential drugs and chemicals of concern, Florida lawmakers faced yet another challenge. Palm Beach County officials intended to alter local regulations to require at least one sign to publicize potential health risks on all kratom products. 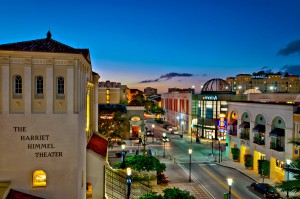 Palm Beach County officials, however, moved away from plans to add any mandated regulations on the sale of kratom after it was met with outrage.

“Any regulations should be based in fact,” said attorney Neil Schiller, who represents Plants, People, and Health, LLC, an advocacy group that fights restrictions of plant-based products. “We just don’t know all the facts yet.”

After backing down from this plan to mandate warning signs, Palm Beach County officials have decided to wait for more scientific research before deciding whether to “bring it back,” County Attorney Denise Nieman said.

State lawmakers have also moved away from seeking a ban or restrictions on sales. Instead, the Florida Department of Law Enforcement has launched a study into kratom’s potential effect.

4) DEA Agent Forced To Pull Back On Negative Statements

This summer, a local news agency in Fayetteville, Arkansas published a story intending to portray kratom in an extremely negative light. In this story, DEA agent Tommy Flowers was interviewed and asked for his opinion on this plant. Flowers went on to identify Kratom as a synthetic version of marijuana.

After publishing this story, there was an outcry of support in favor of Kratom and a demand that corrections be made to the article. The DEA agent they spoke with for this article admitted he misspoke. Additionally, Flowers clarified that Kratom is an herbal plant and isn’t as he described earlier.

“It doesn’t have the THC principle, that’s found in marijuana or anything like that,” said Flowers

In addition to DEA agent Tommy Flowers being pushed to clarify his misstatements regarding kratom, local news station NWA issued a retraction to their original story. This retraction clarified that there was misinformation printed in their previous story.

“Thursday, we published a story about Kratom and what DEA agents identified as a synthetic version of marijuana. After publishing it, there was an outcry in support of Kratom.”

In a show of support from the kratom community, the paper reported that many people reached out to them on social media saying the drug DEA cautions of, is doing more help than harm.

It seems that this natural botanical, related to the coffee family, is finally making its way into the public’s eye. Kratom supporters are speaking up in support of keeping this plant legal and, so far, have been winning battles left and right. Kratom may be an easy target for lazy reporting and misinformed politicians but supporters fighting against this misinformation will undoubtedly ensure kratom stays safe, accessible, and legal beyond 2015.