A drug derived from the hydrangea root (yes, your standard hydrangea plant you have in your garden!) , used for centuries in traditional Chinese medicine, shows promise in treating autoimmune disorders, report researchers from the Program in Cellular and Molecular Medicine and the Immune Disease Institute at Children’s Hospital Boston (PCMM/IDI), along with the Harvard School of Dental Medicine.

In the June 5 edition of Science, they show that a small-molecule compound known as halofuginone inhibits the development of Th17 cells, immune cells recently recognized as important players in autoimmune disease, without altering other kinds of T cells involved in normal immune function. They further demonstrate that halofuginone reduces disease pathology in a mouse model of autoimmunity.

Currently there is no good treatment for autoimmune disorders; the challenge has been suppressing inflammatory attacks by the immune system on body tissues without generally suppressing immune function (thereby increasing risk of infections). The main treatment is antibodies that neutralize cytokines, chemical messengers produced by T cells that regulate immune function and inflammatory responses. However, antibodies are expensive, must be given intravenously and don’t address the root cause of disease, simply sopping up cytokines rather than stopping their production; patients must therefore receive frequent intravenous infusions to keep inflammation in check. Powerful immune-suppressing drugs are sometimes used as a last resort, but patients are left at risk for life-threatening infections and other serious side effects.

Through a series of experiments, the researchers show that halofuginone prevents the development of Th17 cells in both mice and humans, halts the disease process they trigger, and is selective in its effects. It also has the potential to be taken orally. “This is really the first description of a small molecule that interferes with autoimmune pathology but is not a general immune suppressant,” says Mark Sundrud, PhD, of the PCMM/IDI, the study’s first author.

Recognized only since 2006, Th17 cells have been implicated in a variety of autoimmune disorders including inflammatory bowel disease, rheumatoid arthritis, multiple sclerosis, type 1 diabetes, eczema and psoriasis. They are genetically distinct from the other major categories of T-cells (Th1, Th2 and T-regulatory cells).

Th17 cells normally differentiate from “naïve” CD4+ T cells, but when Sundrud and colleagues cultured mouse CD4+ T-cells along with cytokines that normally induce Th17 development, there was a pronounced decrease in Th17 cells – but not in Th1, Th2 or T regulatory cells – when halofuginone was added. Similarly, in cultured human CD4+ T-cells, halofuginone selectively suppressed production of IL-17, the principal cytokine made by Th17 cells.

And in mice with experimental autoimmune encephalitis (EAE), an artificially-induced immune disease resembling multiple sclerosis in humans, and marked by infiltration of Th17 cells into the central nervous system, low-dose halofuginone treatment significantly reduced both the development of EAE and its severity. (In mice with another form of EAE that doesn’t involve Th17 cells, halofuginone had no effect.)

Wondering how halofuginone works, the researchers did microarray studies of the halofuginone-treated cells to examine patterns of gene expression in response to the drug. Unexpectedly, many genes involved in stress responses were turned on. Eventually, they found that halofuginone acts by activating a biochemical pathway known as the “amino acid starvation response,” or AAR, which typically protects cells when amino acids, essential building blocks of proteins, are in short supply. When excess amino acids were added to cultured T-cells exposed to halofuginone, the AAR didn’t switch on, and Th17 cells were able to develop. Conversely, the researchers were able to inhibit Th17 differentiation simply by depleting amino acids, thereby inducing the AAR.

Why would the AAR prevent Th17 cells from forming? The researchers propose that the AAR has an energy-saving function, slowing down a cell’s building activities to conserve amino acids. “When a cell senses amino acid deprivation, it tries to conserve amino acids by preventing specific types of responses that are energetically expensive,” says Sundrud. “In inflamed tissues, a lot of cells are producing a lot of protein, so it would make sense that a cell with amino acid deprivation would want to block signals that promote inflammation.”

Halofuginine is one of the 50 fundamental herbs of traditional Chinese medicine, and has been used as an antimalarial agent. Decades ago, the U.S. Army tried to improve upon its antimalarial properties, without success. It has been in clinical trials for scleroderma, but because it is now in the public domain, the pharmaceutical industry has not shown interest in further developing it therapeutically. 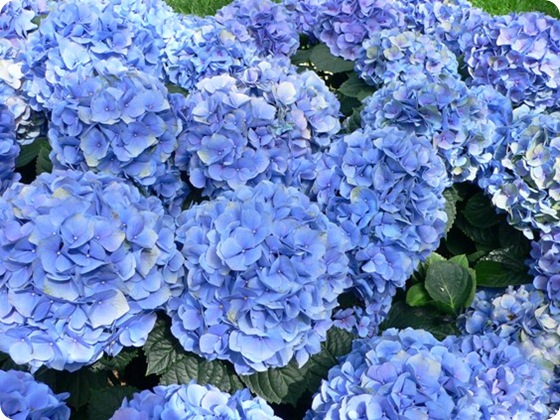 But halofuginone, or some yet-to-be developed derivative compound, could potentially be used to address any autoimmune or inflammatory disease related to Th17 cells by activating the AAR, the researchers say.

“Remarkably, halofuginone evokes the AAR in all cells but selectively inhibits T-cell inflammatory responses,” says Anjana Rao, PhD, of the PCMM/IDI, a senior investigator on the study. “This recalls the actions of cyclosporin A and FK506, two other immunosuppressive drugs that block the activity of calcineurin. Calcineurin is present in all cells, but selectively prevents the rejection of heart, lung, liver and bone marrow transplants when given to patients. These drugs revolutionized transplant medicine when they were introduced over 20 years ago, and halofuginone may herald a revolution in the treatment of certain types of autoimmune/inflammatory diseases.”

Malcolm Whitman, PhD and Tracy Keller, PhD, of the Harvard School of Dental Medicine, and Anjana Rao, PhD, of the PCMM/IDI, were the study’s senior investigators. The study was funded by grants from the National Institutes of Health, the Juvenile Diabetes Research Foundation, and the Cancer Research Institute.