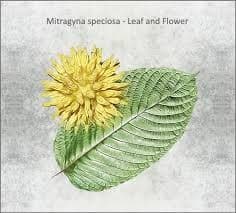 Mitragyna speciosa, commonly known as Kratom, is a relative of the coffee bean, native to the tropical forests of Southeast Asia.

Amidst a surge of opioid abuse in the United States, opioid users are turning to natural botanicals in order to mitigate the effects of withdrawal from opioids. Kratom is a natural botanical from Southeast Asia.

1. Kratom emulates the effects of an opioid at a lower magnitude, and is about as addictive as coffee. Because of these properties, opioid users are turning to Kratom to help manage opioid withdrawal symptoms.

2. Kratom also has a variety of other properties. It has commonly been used in Thailand by rubber plantation workers to relieve minor pain, enhance their sense of well-being, and extend their stamina.

3. In low doses, Kratom can assist with mood elevation, and an increase in alertness.

4. Despite its growing domestic user population and history of traditional use throughout South Asia, Kratom has not been researched by the FDA. The lack of conclusive data from government-led clinical studies and research has led to complications in its legalization and regulation.

5. Without data, the federal government is unable to definitively declare Kratom’s legality. And instead, it has to be approved or disapproved on a state-by-state basis under each individual legislature’s set of laws. As of now, Kratom is legal in every state except Vermont, Wisconsin, Indiana, Tennessee, Arkansas, and Alabama.

6. In all of these states except for Arkansas, Kratom is classified as Schedule 1 due to the presence of two chemicals that naturally occur within it that are also present in highly addictive synthetic opiates. Despite research that the addictive risk of Kratom is as dangerous as the addictive risk of caffeine, the state put Kratom in the same category as opiates such as heroin as a blanket measure of sorts.

7. Kratom is also banned in Arkansas, which did not go through the same legislative process as in other states. In this case the sole power to ban any substance is granted to the Director of the Department of Health, limiting the input of the state legislators’ constituents.

8. As of now, five other states are in the process of attempting to enact legislation to ban or restrict Kratom use and possession.

9. Previous attempts to ban have failed in eight other states due to constituents expressing their concerns and discussing the positive impacts of Kratom on their lives.

10. In order to finally settle the matter, the FDA should launch clinical trials to study the effects of Kratom and properly assess its risks, so the public can make informed decisions about whether to benefit from Kratom or pass.