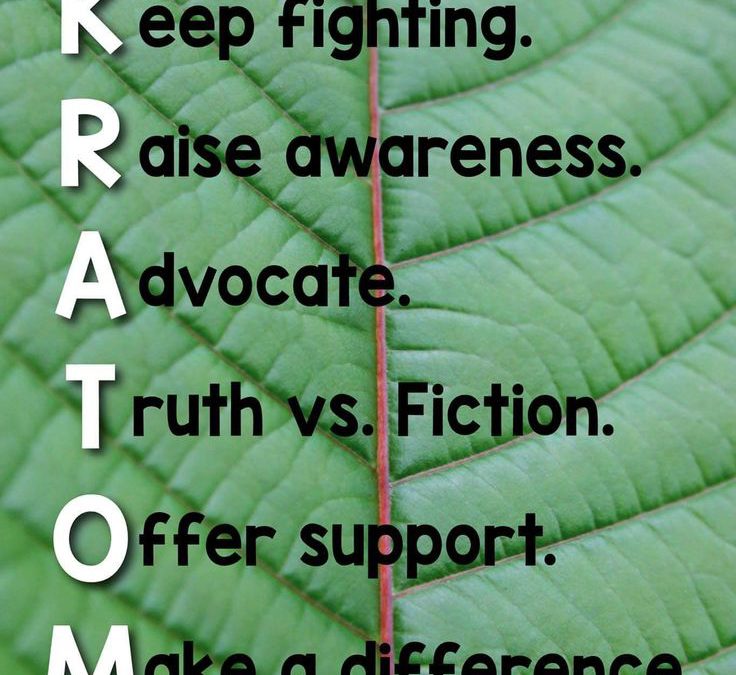 The AKA is doing GREAT Things for Kratom. Please take a moment to donate whatever amount you can. Every penny helps! Their strength comes from us! CLICK HERE TO DONATE: https://www.americankratom.org/donate

Washington, D.C. – June 21, 2018 – Nine leading scientists delivered a letter to U.S. Senate and House Leadership condemning the FDA recommendation for scheduling of the natural plant as a Schedule I banned substance, and urging the DEA to return the recommendation to the FDA for further study and development of appropriate regulations to preserve consumer access for the 3 – 5 million kratom users in America.

The scientists directly challenged the claim of the FDA that kratom is dangerous, and concluded that none of the alleged deaths could clearly be tied to kratom overdoses. All of the data produced by the FDA shows the deaths were the result of the use of illegal drugs, polydrug use at improper doses with potential contra indications, or for completely unrelated circumstances, including a death of a person who died from a gunshot wound to the chest.

The letter strongly warned that the scheduling of kratom would increase the threat to the public health by forcing those who may use kratom for acute or chronic pain to more dangerously addictive or deadly opioid drugs, or to the black market where contamination and adulteration of kratom products is rampant.

One of the co-authors Jack E. Henningfield, PhD, Vice President, Research Health Policy and Abuse Liability, PinneyAssociates, and Professor, Adjunct, Department of Psychiatry and Behavioral Sciences, The Johns Hopkins University School of Medicine stated: “My colleagues and I believe that kratom-related policy and regulation should be based on the science and guided by its impact on public health. We believe protecting the public health and serving kratom consumers is best accomplished by FDA appropriately regulating kratom as discussed in our letter. We are also concerned about the proposed Schedule I placement of kratom because it would seriously impede the very research that all parties agree is needed to better understand the health effects of kratom.”

Dr. Henningfield further stated: “This is not possible if legal kratom is banned and the black market replaces the lawful market. We need to protect consumer access to safe kratom products, and oppose the scheduling of kratom because doing so would significantly increase the public health threat to those kratom consumers using it to manage chronic or acute pain and who would be forced to the black market that will be filled with contaminated and adulterated kratom products. The American Kratom Association, the largest kratom consumer advocacy group in the United States, gets it right in supporting appropriate FDA regulations to ensure consumers are protected from unsafe kratom products.” Dr. Henningfield, through PinneyAssociates, advises the AKA on the science of kratom.

In the letter, the nine scientists, many of them recognized as leaders within their field, expressed concerns that thousands of former opioid users who now consumer kratom would return to dangerous opioids if kratom was banned. According to the scientists, “we strongly recommend that the DEA return the scheduling recommendation to the FDA for additional review and research and encourage the FDA’s Office of Dietary Supplements to appropriately regulate kratom products. This matter is urgent because there is a foreseeable negative public health consequence if legal kratom is banned: thousands of former opioid users will be at risk of returning to high-risk opioid use and may add to our nation’s opioid overdose epidemic.”

Their warning continued, “At a time that our nation is experiencing more than 115 opioid overdose deaths each day, or more than 42,000 per year, we would expect the FDA and the Centers for Disease Control (CDC) to welcome this potential safer alternative to classical opioids.”

David Herman, Chairman of the AKA, underscored the concern that many in the kratom community have with a possible banning of this natural botanical. “I have heard the testimonies from thousands of individuals who have greatly improved their overall health and well-being with kratom. Our fear is that by criminalizing kratom, many people will choose to return to dangerous opioids or the black market to purchase kratom. That outcome would be dangerous for everyone.”

Throughout the letter, the nine leading scientists tackled several of the commonly misunderstood facts surrounding kratom including:

“Most people use it in food or beverage form for health and well-being. Major reasons for use include increased general alertness and focus (similar to caffeinated products), use to relieve depression and anxiety, use to relax and as a sleeping aid, and use to relieve pain in place of over-the-counter and prescription pain relievers, including opioids.” They continued, “There is a long history of kratom use; it has been used safely for centuries in the Southeast Asia (SEA) region, where it grows in the wild, and for at least a decade in the United States. Importantly, SEA authorities have not reported any kratom overdose deaths.”

“A review of the available medical records for each of the 44 total deaths the FDA claims are “attributable to kratom” shows that none of those deaths have been clearly established as a kratom-caused overdose poisoning…Even if the FDA were correct in its estimate of 44 kratom-caused deaths world-wide over a decade of use by many millions of people, that would indicate a very low risk compared to many OTC drugs, dietary supplements, and even household cleaning products.”

“…the recently publicized health risks associated with bacterial contamination of kratom products are not unique. In fact, romaine lettuce, cantaloupes, chicken, and many common food products have been recently identified as contaminated with salmonella, E. coli, or other pathogens. In each case, the FDA and CDC have the statutory authority and regulatory tools to identify the source, remove contaminated products from the marketplace, and take appropriate steps to protect the public safety. FDA regulation of kratom as a dietary supplement could greatly reduce such risks in the future.”

Finally, the nine scientists stated their belief that there is a role for the FDA in helping provide a regulatory framework for the various types of kratom products:

Kratom Leaf as a Food: “FDA can and should apply all applicable food regulations to kratom leaf products prepared as per traditional use (ground leaf either directly ingested or prepared as a tea, which accounts for the majority of current use in the US).”

The letter and supporting documents can be found at: https://www.americankratom.org/scientist-letter-to-congress

The nine scientists concluded their letter by stating, “We strongly urge the Congress to protect the freedom of American consumers to make informed decisions on products they safely use for their general health and well-being and allow for use of a safer alternative pain management product for those suffering from acute or chronic pain. The natural kratom plant does not kill consumers when used responsibly. The FDA and DEA should focus their regulatory efforts in dealing with dangerous adulterated products that pose a real threat to public safety.”

The American Kratom Association (AKA), a consumer-based non-profit organization, is here to set the record straight about kratom and give a voice to those who are suffering and protect their rights to possess and consume kratom. AKA represents tens of thousands of Americans, each of whom have a unique story to tell about the virtues of kratom and its positive effects on their lives. www.americankratom.org

Media requests for Interviews with scientists who have signed the attached letter can be arranged by Mr. Candland.