Why the FDA Wants to Keep Us Sick, Broke, and Ignorant About Kratom 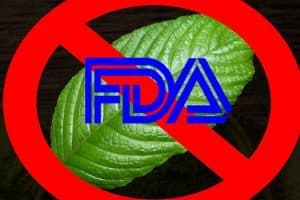 Two great articles from a great blogger who cares about our health!

Why would the people of Southeast Asia use kratom for thousands of years if it was known to predictably create health problems for them? Answer: They wouldn’t!

In the medical records from Malaysia and Thailand from the past two hundred years, there are no recorded deaths. “Why not?” is the question we should be asking ourselves. What are Americans and a few Europeans doing that could cause deaths that have been falsely blamedon kratom when there were multiple other drugs or pre-existing conditions involved? Hint: It wasn’t the kratom.

The FDA doesn’t want to admit that many of these other substances, many of which they approved as safe, may have had anything to do with the deaths — they don’t even want to blame the heroin or O-desmethyl-tramadol — they’d rather blame kratom, which inherently is about as dangerous as green tea when used by smart people who know what they’re doing.

No, this whole charade is about scaring reasonable people away from using this plant because it interferes with Americans’ dependence on problematic pharmaceuticals. And there’s no money for the FDA in letting this very helpful plant stay on the market.

It doesn’t matter that common sense and long experience has shown us that prohibition of substances causes worse problems. The FDA would rather avoid the work of inspecting the product to assure that it is sanitary, not adulterated, and properly labeled.

Of the relatively few problems the CDC has reported as due to kratom, most can be explained by the FDA’s portrayal of the herb as an attractive target for those intent on abusing something, anything.

The public deserves better information. Why not tell them the truth? Kratom has a built-in mechanism for resisting abuse and over-use, very similar to that of alcohol — our body rejects it by vigorous vomiting. As with alcohol, moderate use can be supportive of our sense of wellbeing, but it’s wise not to complicate things by also taking other drugs.

Unlike alcohol, kratom by itself is not fatal when consumed in excess. The FDA’s claim of kratom-caused fatalities is simply not backed up by research.

Millions of our citizens — some of them are medical professionals — are finding unique relief from this plant when used responsibly. Why should they be threatened with prison when all that is needed is scientific, factual information on the part of federal agencies and working with the kratom industry to prevent contamination, adulteration and improper medical claims?

Let’s not repeat the social disruption & expense created by criminalization of other useful botanicals with thousands of years of safe human use. Keep kratom legal.

Revealing Health Deceptions That Are Making American Sicker for Profit

There are so many fairy tales that are firmly embedded in U.S. culture, that it’s hard to know which to choose to dispel. Today, let’s stick to our general topic of health and a couple of recent findings of why it has declined so much in the past 30+ years.

To keep this especially relevant for those who are pre-diabetic and diabetic, we have this article about how “Splenda”, aka sucralose — which has been promoted as being inert, not metabolized by our body, “just passes right through us”, and helps us lose weight — happens, upon scientific inspection, to be found to be none of those things.

And, the other is the lock-step regimented assertion that, “vaccines are safe, necessary to prevent diseases, and the science is settled.” That commercial fairy tale is strongly brought under the harsh light of reality, HERE.

The point I’d like to make is less obvious than the toxic additives that we are invited to ingest in the false hope of keeping us thin and “disease-free”, though keeping our body free of toxins is also critical. The real “elephant in the room” that modern allopathic medicine wants to keep us from noticing is the importance of the diminished presence of essential nutrients in our food, caused by modern farming practices — especially the use of glyphosate applied heavily to our croplands, which — besides being carcinogenic — reduces mineral uptake significantly in crops grown on already-depleted soils.

Nevertheless, most doctors downplay supplementation as “unnecessary”. But, the truth is much different for those scientists who actually study what our body needs vs. what is available in our food supply.

Those farmers and ranchers who raise animals know this and regularly supplement their animals’ food while they are in the womb and in early growth stages. They wouldn’t spend the money on supplements if the didn’t know they produce positive results. And yet, we humans are told “eat a well-balanced diet”, while ignoring the fact that plants can look healthy without containing nearly enough of the essential minerals our body must have to keep us healthy.

If you’re serious about strengthening your immunity to disease, you must not only eliminate the toxins as much as possible, but also supplement with the proper forms of essential nutrients known to be necessary for supporting health. When I found the one doctor who understood this from the soil on up, my health improved remarkably. No colds in 5+ years, no flu.

This you may find boring, but it is important — but the pharmaceutical makers don’t want you to think about how unnecessary their products are, in general. You deserve to know and hopefully consider this.